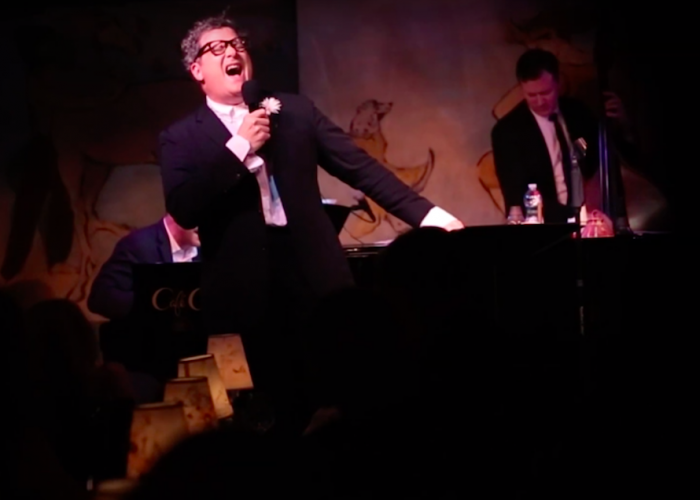 Isaac Mizrahi returns to Café Carlyle for three special performances titled Isaac & on June 10, June 17 and June 24. Isaac’s previous three residencies in the room were sellouts, receiving widespread critical acclaim. He’ll be joined by his band of jazz musicians, led by Ben Waltzer, for an evening of eclectic tunes and charming storytelling. Each night a well-known friend will join him on stage for a few songs and banter. With a fresh stock of swag items to re-gift to audience members and a wealth of commentary on everything from prescription drugs to obsession with social media, audiences are sure to be delighted by this “founding father of Alt Cabaret,” according to the New York Times.

Performances will take place on Monday June 10, Monday June 17 and Monday June 24 at 8:45pm. Pricing begins at $110 per person / Bar Seating: $75 / Premium Seating: $160. Reservations can be made online via Ticketweb. Café Carlyle is located in The Carlyle, A Rosewood Hotel (35 East 76th Street, at Madison Avenue).

Ana Gasteyer is perhaps best known for her incomparable work on Saturday Night Live. She will soon be seen in Amy Poehler’s directorial debut, Wine Country opposite her SNL friends and colleagues Poehler, Maya Rudolph, Rachel Dratch, Paula Pell, Emily Spivey and Tina Fey. Wine Country will be released theatrically on May 8th and will be available to stream on Netflix on May 10th. Gasteyer is currently in the recording studio putting the finishing touches on her upcoming 2019 holiday album, Sugar and Booze, the follow-up to her critically acclaimed debut album, I’m Hip. On the small screen, Gasteyer recurs on the hit ABC series The Goldbergs, as well as the show’s spinoff Schooled. Last year, Gasteyer starred in FOX’s A Christmas Story Live! in which she belted out the Emmy-nominated song “In The Market For A Miracle.” She also starred in Netflix’s critically acclaimed comedy series, Lady Dynamite, as well as two seasons of David Jenkins’ TBS comedy series, People of Earth. Other TV credits include Principle McGee in FOX’s hit live broadcast of the iconic musical Grease, Curb Your Enthusiasm, Suburgatory, The Good Wife, Chuck, Showtime’s Reefer Madness, Frasier, Just Shoot Me, 3rd Rock from The Sun, NYPD Blue, Mad About You, Law & Order, Party of Five, Seinfeld (the “Soup Nazi” episode), as well as guest hosting Live with Kelly, The Late Late Show with Craig Kilborn, Live with Regis and The Rosie O’Donnell Show. Her film credits include Dare, Mean Girls, The Women, What Women Want, Woman On Top, Dick, and What’s The Worst That Could Happen?

Mx Justin Vivian Bond is a trans-genre artist living in New York City. As a performer both on and Off-Broadway, Mx Bond has received numerous accolades winning an Obie (2001), a Bessie (2004), a Tony nomination (2007), the Ethyl Eichelberger Award (2007), The Peter Reed Foundation Grant, and a Foundation for Contemporary Arts Grants to Artists Award. V authored the Lambda Literary Award-winning memoir TANGO: My Childhood, Backwards and in High Heels (The Feminist Press, 2011). Films include John Cameron Mitchell’s Shortbus (2006), Sunset Stories (2012), Imaginary Heroes (2004), Fanci’s Persuasion (1995), After Louie (2016). Television credits include Difficult People (2017), High Maintenance (2016) and The Get Down (2016). Solo exhibitions of JVB’s watercolors, sculptural installations and live art have been presented by The New Museum as part of the exhibition titled Trigger: Gender as a Tool and a Weapon (NYC, 2017), Participant, Inc. (NYC, 2011, 2016), Art Market Provincetown (2014), and Vitrine (London, 2015). Albums include Kiki and Herb: Do You Hear What We Hear?, Kiki and Herb Will Die For You at Carnegie Hall, Dendrophile, and Silver Wells.

PrevPreviousIsaac Mizrahi in conversation with Debra Messing!
NextIsaac on “Your Last Meal” with Rachel Belle!Next